Inzolia wines: history and characteristics of the main vini of Sicily 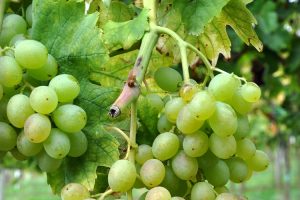 Sicilian Inzolia is both the name of one of the most characteristic white grape varieties of Sicily, and the acid and sugary wine made from it. Native to Sicily, it’s widespread throughout Italy, especially in Tuscany, on the Isola d’Elba, where it is known as Ansonica: for this reason we often speak of the Inzolia-Ansonica variety.

The history of this vine is somewhat controversial, but it sees its birth around the eighth century BC, when the Greeks, due to scarcity of cultivable lands at home, decided to move to western territories. It’s no mystery that the Greeks brought their culture to southern Italy as a dowry, including that linked to the production of wine. Other sources, on the other hand, are convinced that the Inzolia grape was brought to the Sicilian island by the Normans: it would therefore be a grape originating from the French peninsula, which would then mature on the soil to isolate the organoleptic characteristics that distinguish it.

Inzolia is a medium-leaved vine, usually pentagonal in shape, with elliptical almost spherical berries of medium-large size. The beans are characterized by a crunchy texture and a yellow skin, with shades that tend to amber. The clusters are quite large and the trunk has a characteristic pyramidal shape.

The clusters of Inzolia have a massive productivity and the ripening of the berries is rather early, in the first ten days of September. It is a widespread vine because it is able to resist well to different atmospheric conditions: drought and winds, although it prefers clayey soils and performs best with windy temperatures, typically the ones of the marine coast.

From the Inzolia grape you obtain a wine with a rather marked straw yellow color, which can also take on greenish reflections in precise lighting conditions. It is a wine with an intense and persistent aroma, which is immediately perceived on the nose. Wines produced with this grape variety are quite aromatic and are distinguished by typically fruity and citrus characters. From the Inzolia grape it is also possible to produce excellent liqueurs and grappas with a characteristic amber color and a soft and pleasantly sweet flavor.

Inzolia is a wine you can taste very well during aperitif time. Although fruity and with an intense aroma, it finds the taste of most palates. It is excellent if accompanied by cold cuts and fresh cheeses, but in general it goes best with any type of appetizer. Perfect with full-bodied first courses, such as carbonara, it is ideal when served in combination with tagliolini with fish or Genoese pesto. Also excellent with fish main courses, less suitable with meat, although it does not disfigure.

In our wine shop we offer fine Inzolia wines. We always like to meet the taste of our clientele and provide the highest quality standard in wines. It is for this reason that in our wine shop you can find thick labels, such as the aged grappa D.giù from the Milazzo winery, at the price of 90.00 euros per bottle, or the Spumante Riserva V38AG from the Milazzo winery, at the price of 34,00 euros. We also have fine Inzolia wines but at lower prices, such as the Nozze D’Oro wine produced by the Tasca d’Almerita winery (16.70 euros) and the Maria Costanza Bianco wine from the Milazzo winery (16.50 euros).

Strong packaging. Shipping in 2 days to Italy. 3 days in the European Union.

More than 7,000 customers rely on us for their Sicilian food shopping.

By continuing to use the site, you agree to the use of cookies. more information