Nero d’Avola wines: history and characteristics of the prince of Sicilian wines 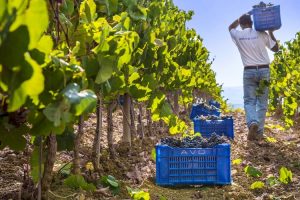 Nero d’Avola, as the word itself implies, is a Sicilian black grape variety, cultivated on an area of about twelve thousand hectares in the province of Syracuse, particularly in its true territory of origin, between the towns of Avola, Pachino and Eloro. It is without a shadow of a doubt one of the most characteristic and best-known Italian vines in the world, and certainly the most renowned in the whole of Sicily. But what is its history?

As is often the case when it comes to fine wines, there is a dispute: there are those who claim that the Nero d’Avola vine was brought to Sicily by the Phoenicians, while analysis of the plant’s DNA has shown that it is a cross between wild, indigenous Sicilian varieties and some vines imported to the island by the Greeks thousands of years ago. For a long time it was mistakenly thought that this grape variety was related to the Syrah variety and that it stopped off in Sicily on its way from the Middle East to France.

Until 1800, Nero d’Avola was also known as Calabrese, a curious name that has nothing to do with Calabria. The term derives from the Sicilian “calaurisi”, a combination of the dialect terms for “grape” and “Avola”.

The characteristics of the grape variety

Nero d’Avola is a variety with medium-sized, not very compact bunches. The bark of the plants is thick and resistant to diseases, but at the same time it has a difficult maturation, with very long times: for this reason it requires an adequate climate, which guarantees a lot of heat, and a sandy soil, like the Sicilian one.

In recent years, there has been a change in the way Nero d’Avola is grown, with the aim of reducing sugar levels and maintaining a better acidity in the grapes: this is because some varieties of Nero d’Avola wines were too heavy and dense, with a very high alcohol content that was unpleasant to the palate and taste. But let’s take a closer look at the characteristics of the wines that can be made from this variety of grape.

Nero d’Avola is used to produce red and rosé wines. They are mostly full-bodied and intense wines, with a lot of structure, but pleasant to the palate and round. They are generally fruity, have good acidity and particularly fine tannins. In general, single-varietal wines made from Nero d’Avola are distinguished by certain common characteristics:

Nero d’Avola is a full-bodied wine with flavour and a good degree of acidity, which is why it goes best with main courses of gelatinous, low-fat meat such as stews, game with spices, beef burgers and bacon. It is ideal when paired with strong-flavoured fish such as tuna or very spicy, even oriental, dishes such as chicken curry. Thanks to its rich aromatic profile, it is also ideal when paired with mature or semi-aged cheeses and pasta dishes with meat sauce.

We propose fine Nero d’Avola wines that can meet the satisfaction of all our customers without neglecting a high standard of quality. For this reason, in our wine shop you will find, for example, labels of absolute value for the most demanding customers, such as the Mille e una Notte wine from the Donnafugata winery, at the price of 55.50 euros per bottle, or the Rosso del Conte wine from the Tasca d’Almerita winery at the price of 38 euros. More reasonably priced fine wines include Maria Costanza from the Milazzo winery (26.50 euros) and Santa Cecilia from the Planeta winery (23.50 euros). 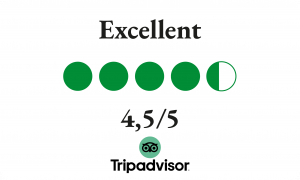